LRC is Honored by US Army Soldier 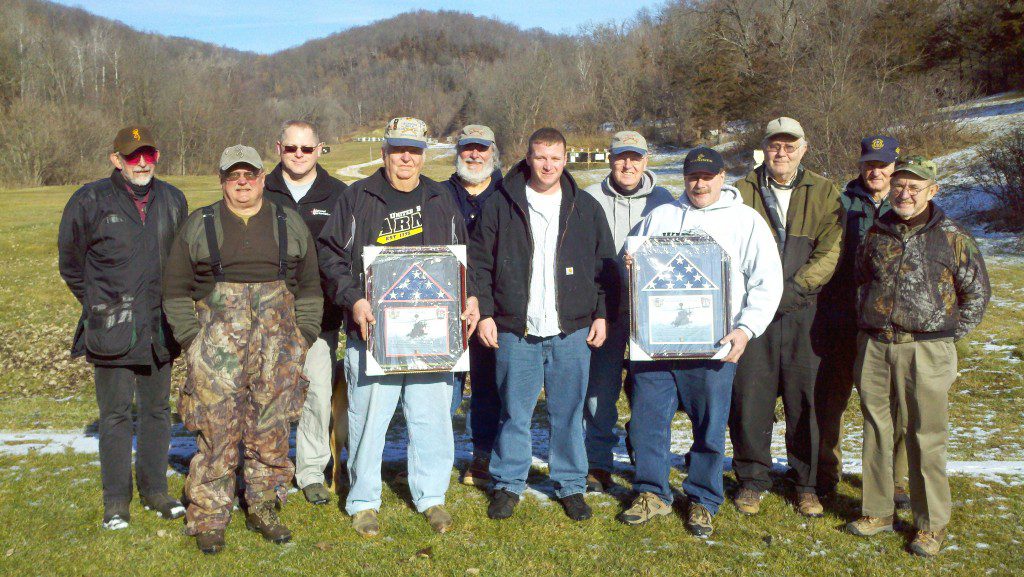 In December, Sergeant Aaron Hilgendorf, US Army presented the La Crosse Rifle Club, Inc. and LRC member Walt Wiebke with framed certificates and US Flags that were flown overseas in Afghanistan.

In the spring of 2011, Aaron contacted the LRC looking for a place to take his father shooting.  Aaron would be on leave in June and was wondering if he could use our range.  Our club is not open to the public but it was agreed to help out this soldier and his family.  Walt Wiebke agreed to be at the range and be responsible for the group.

Aaron commented, “We went through over 750 rds of ammo, shooting 9mm, .223, and 12ga. most of us had never shot clays before and Walt was a wealth of information for us.  So for all the great stuff he did for us, when I got back to Afghanistan I talk to one of our pilots CW4 Lowery about getting some flags flown in appreciation for what Walt and the La Crosse Rifle Club had done.”

Aaron was born in the Tomah area but graduated from High School in Iowa.  After a couple of years he joined the Army as Active Duty.  He went to basic and AIT in Ft. Jackson, SC to become a Wheeled Vehicle Mechanic.  Upon completion he was stationed at Ft. Drum in the 10th Combat Aviation Brigade, 10th Mountain Division.  Aaron has been deployed 3 times overseas for a period of 1 year each time.  Afghanistan from Feb. 2006 to Feb. 2007.  Iraq from Oct. 2008 to Oct. 2009.  Iraq from Oct. 2010 to Oct. 2011.  Aaron is now a Sergeant in the US Army.  In late February, Aaron, his wife Tonya and daughter Adrianna will be moving from Fort Drum to Fort Campbell.

The La Crosse Rifle Club Members and especially Walt, would like to thank Aaron for thinking of us and presenting the LRC and Walt with these US flags.  We also thank you for your service and dedication to this country and wish you the best in the future. 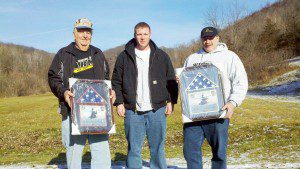 This entry was posted in News & Announcements. Bookmark the permalink.